This weekend I bought some fresh honeycomb. As I was looking at its geometric perfection and marveling at the sticky sweet deliciousness encased therein, I realized I don’t know much about bees. I’d get an F on a bee quiz. (Sorry.) For example, and this is true, I wasn’t totally 100% sure if the hexagonal wax framework also came from the bees (it does, of course, why did I not know this for a fact??)

So, I did a tiny bit of reading, found out some interesting facts, and wrote a bitty bee quiz of my own. Give it a go!

1. If you met a random bee in the wild, would it more likely be named Henry or Henrietta?

2. How long does a queen bee generally live?

3. How many miles of flight for pollination are required to make one pound of honey?

4. Do queen bee candidates battle to the death to be the queen of a hive and do unmated males get tossed out of the hive come winter?

5. Are bee facts fascinating yet disturbing and ultimately kind of depressing?

1. A bee you meet out and about would more likely be Henrietta and not Henry because worker bees, the kind of bee who does all the flower-to-flower power, are exclusively female. The only job a male bee will ever have is to mate with the queen. I can just hear all my male friends updating their resumés, but before you type that cover letter, you should be aware that the act of mating causes the drone’s penis to be ripped off and he will succumb to those injuries. Talk about taking one for the team.

2. While worker bees only live about five weeks, a queen can live for up to five years. That’s five years of mating and egg laying and driving the 1 million kids to soccer practice. Yikes.

3. To fly enough distance to make one pound of honey requires 90,000 Skymiles. I hope they at least get access to the First Class lounge.

5. Pretty much. But here, I drew some bees to cheer you up. 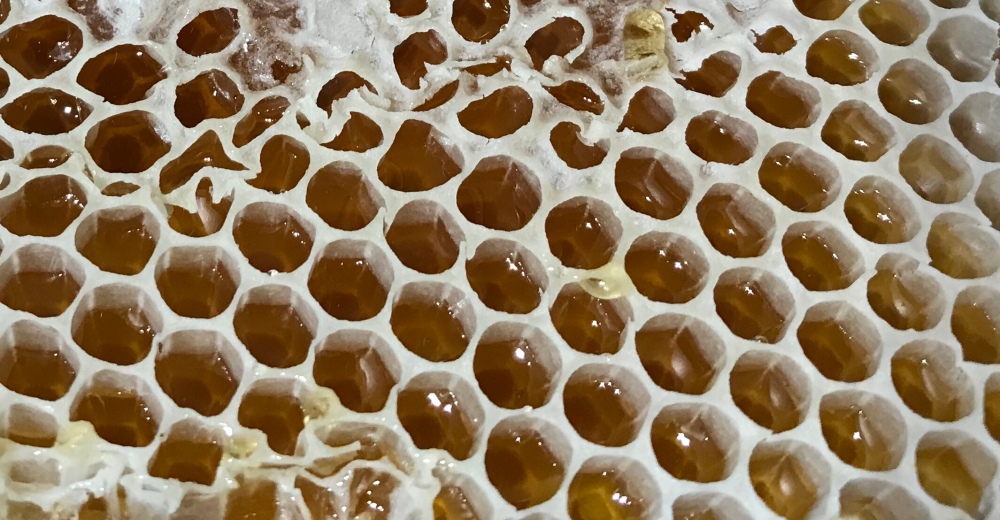