In my previous post, I discussed some things that I thought were positive about 2017. That was Part One. This post is focused on five good/great things that I *personally* have experienced in 2017 (just a few off the top of my head in random, frenetic order):

#1: I have started drawing, for the first time ever. Technically I began doodling on my iPad Mini in late 2016, but I have really devoted myself a lot more to it this year. I found that I enjoy digital drawing the best, and I bought a proper-sized iPad Pro AND a Wacom tablet for my PC. (What can I say, I am okay with self-spoiling, if it is really important–or if  I super-duper want it even though it isn’t.) I am not saying that I am actually any good at drawing, but I find it really enjoyable and it feels excellent to have a new creative path in front of me. Here are a couple selections from my iPad: 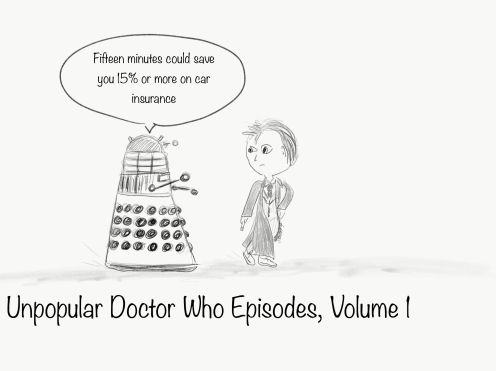 The Doctor and the Sales Dalek

#2 I learned how to properly cut a mango. Perhaps this sounds insignificant, but I feel it is a major milestone in terms of my relationship with tropical fruit. Here is a 45-second video from Mango.org (Yes, this is a real thing) showing you how to easily slice a mango for max neatness and min waste (though they left off the bit where you suck at the middle left-over piece like a crazed fruitbat so as not to miss any of the mango-y joy.)

#3 I reignited my reading habit. I used to read like a zealot, consuming mysteries and historical fiction at a brisk pace, picking up titles literally at random from the library shelves (#SaveLibraries, btw) but somewhere between work and life and– totally honest moment– video games, I got out of the reading routine. I have really only been reading Star Wars books for the past few years. I mean, I love Star Wars books, and some excellent ones came out this year, adding to my reasons that 2017 did not totally suck. (I present “Leia: Princess of Alderaan”, “Canto Bight”, and “From a Certain Point of View” to get that ball rolling.) But I have started reading, you know, other stuff, again. I read a fun adventure by a Twitter friend, Michael Moreci, called “Black Star Renegades” (Space Opera), “The Handmaid’s Tale” (dystopian fiction, or as we call it now, impending reality), and “Eat, Pray, Love” (inspirational nonfiction), among others. But most significantly, this year, in 2017, fully twenty years after the first book of the series was released, I discovered the kickass magical world of Harry Potter!

OMG can I just rave about Harry Potter for a tiny second? It is really an incredible series. I never wanted in my whole long life to be a wizard (or a witch, I guess) but I am totally about it now. The adventures, friendships, lessons, the clever names for all the wizardy stuff, the candies, and the creatures, goodness me! The writing is funny and authentic and really a pleasure to read.  I have been slowly and luxuriously savoring the books on Audible (expertly read by Jim Dale though sometimes I sneak in a Stephen Fry reading) and making them last like they were Bertie Bott’s Every Flavour Beans (and not the vomit-flavored ones, either!) I am pretty sure that I am in love with both Hermione and Dumbledore. And possibly Snape, but only because he was played by the immortal Alan Rickman in the film adaptations. So yeah, 2017 = Harry Potter for me, and I think that pulls it out of the ashes pretty nicely.

Three of the Houses of Hogwarts 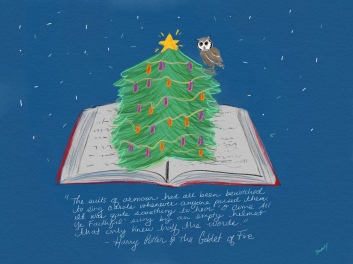 #4 I discovered that other video games exist and are awesome. I love Star Wars: The Old Republic; it is and will always be my true heart but, hey, by the way, there are some other really cool and absorbing video games to be played and I want to play them all! I have played Divinity Original Sin II, Mass Effect: Andromeda, Dragon Age: Inquisition, Tomb Raider and The Elder Scrolls Online this year and I have been having a blast. Each game speaks to a different part of me and it’s hard to pick a favorite dish from this new smorgasbord. (Okay, Elder Scrolls is my favorite). I have a bunch of other games downloaded and ready for 2018 including The Witcher 3 (thank you, Vulkk!), Skyrim, and more, so I will have many happy hours of flattening my backside in the coming year, as well.

I made a few videos on Divinity: OS2 (my post on the game is here) if you are interested in this 2017 GOTY winner and are as clueless about it as I was/am, you can find my beginners’ videos here.

#5 Although I was not able to go to Star Wars Celebration this year, I did go to three fun fan conventions. For the third year in a row, I got together with my friends for San Diego Comicon. For the first time ever, I went to a PAX convention for gaming and met my friend Aaron (AKA Darth Brundle) in Melbourne where we swung VR lightsabers and saw some terrific panels. Plus I went to a homegrown Aussie fan celebration in Adelaide called SupaNova where I saw local fans splashing out with cosplay nerdiness. 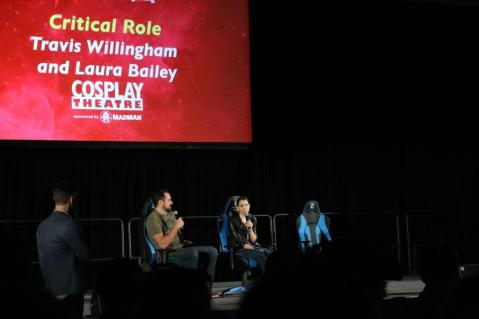 So that’s a few things that made me happy in a strange and surreal year. How about you? The comments section is waiting for your 2017 love.